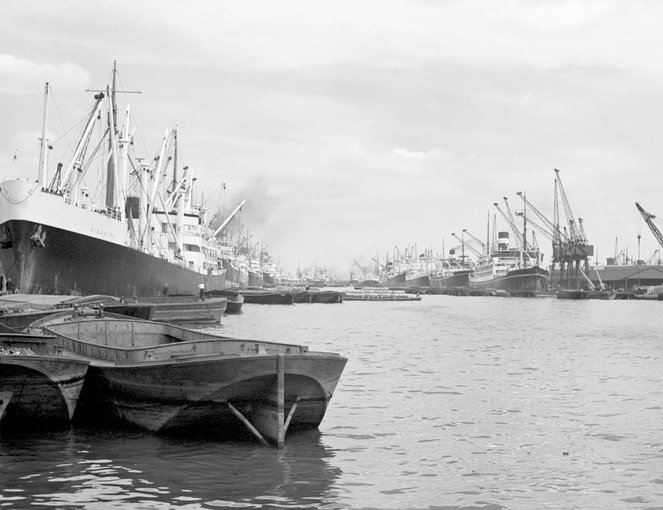 Back to the future: The Royal Docks

The Royal Docks, which were once the country’s gateway to the world, celebrates its century this July. Having played a vital role in the history of British trade, they survived wide-spread bomb damage during the Second World War before going into decline in the 1970s and 1980s. Today, this colourful and historic part of London is entering period of new growth and prosperity—with a strong future ahead.

It was on July 8, 1921, that King George V opened the third and final of the Royal Docks. Named after him, it represented a staggering feat of engineering and marked the pinnacle of a 65-year project to secure London as a leading capital of trade. King George V Dock was world leading. It could handle the largest ships of its day with a 225m-long lock and an entrance wide enough to accommodate the 35,655-ton ocean liner RMS Mauretania.

The first 100 years: 1921 to 2021
Commerce continued to thrive around the Royal Docks for the first half of the 20th century, despite challenges that arose. During the Second World War, they were an obvious target for German bombs. It’s estimated that 25,000 tons fell on the docklands during the Blitz. Regardless of this, the Royal Docks remained opened and helped keep Britain supplied with food. Not only that but they were where the mulberry harbours which would establish a beach head for the D-Day landings were constructed in secret before being towed to Folkestone.

The area’s fortunes began to decline following the invention of the shipping container and other technological changes which emerged from the 1950s onwards. Larger container ports were developed down river which triggered the closure of the East India Docks in 1967. The Royal Docks closed to commercial traffic after the last vessel was loaded and departed on December 7, 1981. The ships that once clustered around the wharves and the 25,000 jobs that went with them evaporated, leaving empty mirror-smooth basins behind.

The socio-economic problems were widespread and local activists began a campaign to persuade the government to address them. In mid-1981 the London Docklands Development Corporation formed with plans to regenerate the former docks. The DLR, Canary Wharf and London City Airport, which opened in 1987, are all the result of these efforts—the former central wharf at Royal Docks was turned into a runway.

Fortunes turned again when exhibition centre ExCeL was built and then expanded in early 2000—this year, ExCeL announced plans for a third phase of expansion. 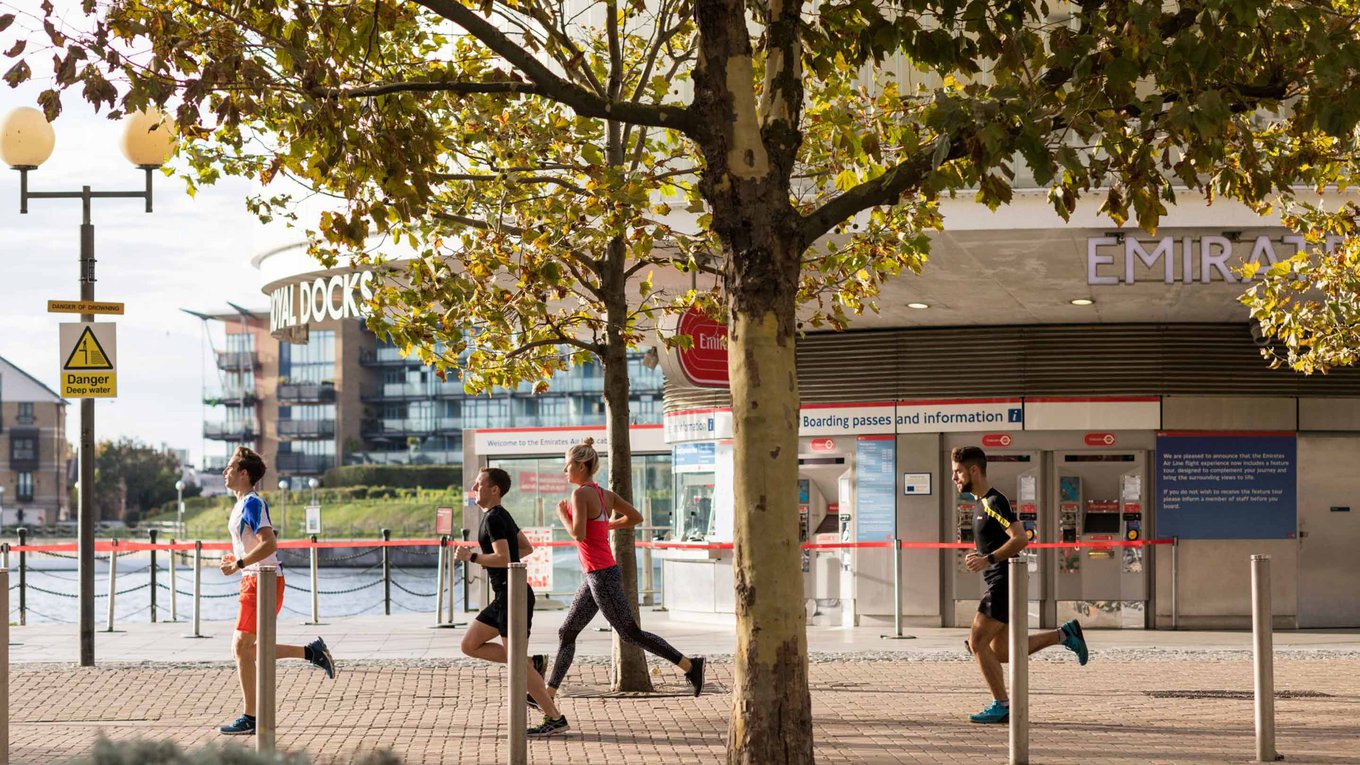 The next 100 years: 2021 and beyond
For the next chapter in its history, the Royal Docks is set for rapid growth. In a package of investment worth over £8bn, 25,000 new homes and 60,000 new jobs will be delivered in the next 20 years. Covering 1,000 acres of land, 250 acres of water and 18.4km of waterfront, it’s currently the most important and exciting regeneration project in London.

A destination for culture: Part of this movement is the ambitious vision to make the Royal Docks the so-called “cultural engine” of London. Inspired by the people and heritage of the Royal Docks, a designated team are currently nurturing and supporting the existing creative communities as well as providing new employment opportunities in the cultural sector in the area.

The strategy has three main aims: to create employment for creative professions, including internships and partnerships with local businesses as well as a cultural network for creative organisations to work together and exchange ideas. Alongside this is a programme of water-based events and activities aiming to animate the Royal Docks and build the area’s profile as a place to live, work or visit. Finally, the scope includes establishing spaces for creative people and business to flourish.

As such, the Royal Docks is becoming a go-to destination for outdoor fun. Topping the billing this summer is the Greenwich & Docklands International Festival, a busy programme of outdoor theatre and performing arts hosted in various locations by the waterside.

A campus was built on Royal Albert Dock which formed the new University of East London. A further injection of cash came with the London 2012 Olympics including, among other developments, the Emirates Air Line linking the Royal Docks to North Greenwich. 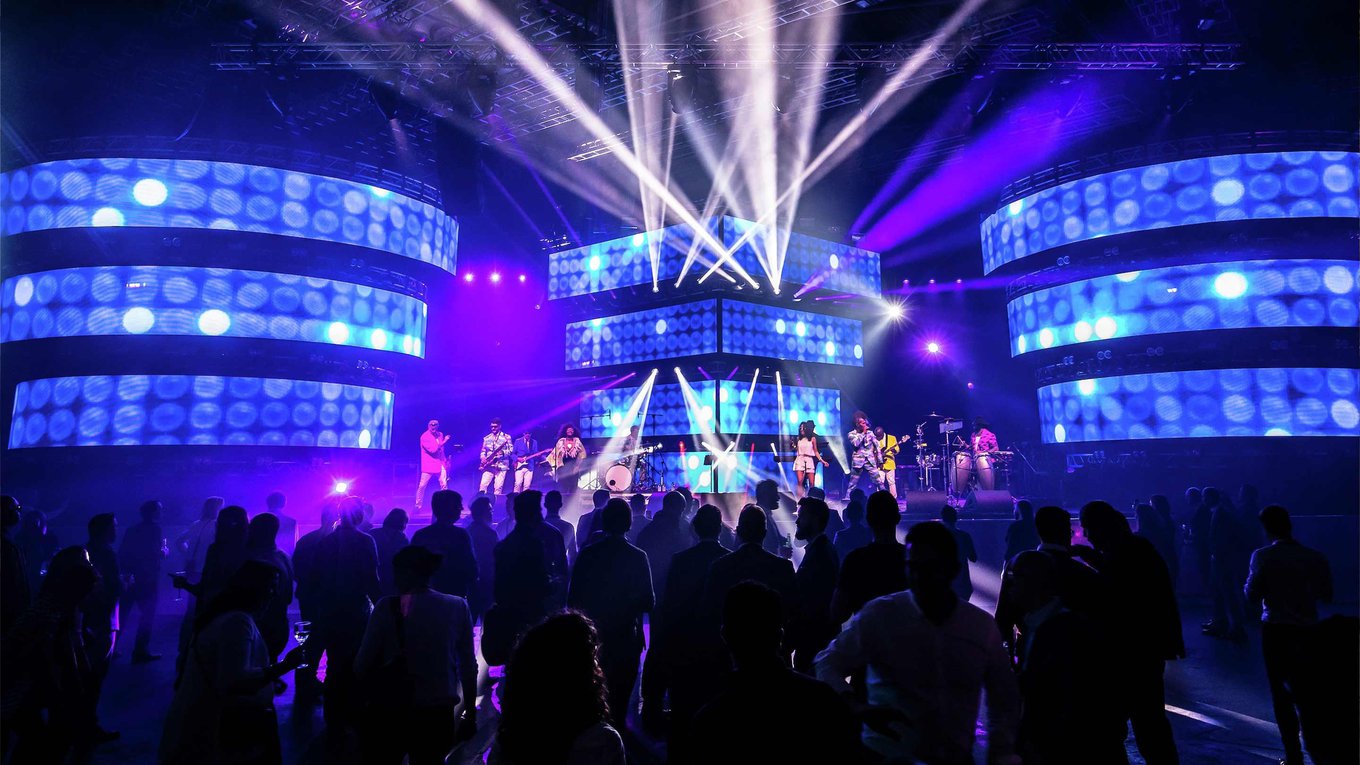 A centre for business tourism: This vast inward investment has inevitably attracted further interest from private equity. In the latest boost for the area, the CEO of ExCeL announced a consultation into expanding the footprint of the venue. The centre currently attracts 25% of London’s total inbound business tourists—a figure which is set to grow with the proposal to add more modern and flexible event space. It’s expected that this will create a significant impact not just for the local community and the visitor economy, but for London as a whole.

A home for London’s Mayor: Plans for this third phase of expansion for the ExCeL centre come on the back of another marker in the sand for the future of the Royal Docks. In November 2020, London’s mayor Sadiq Khan announced he was moving City Hall to the Crystal Building in the Royal Docks, saying it would “turbo charge” the regeneration of the area much as the building in Tower Bridge had done for SE1.

An explosion of infrastructure: Added to this, in June 2021, the Port of London Authority announced they are working on plans to deliver the first new shipyard on the Thames for over a century at the Royal Docks. In response to the growing use of the Thames with increasing passenger services, barge movements and deep-sea trade, the planned shipyard will form part of Albert Island, already the focus for London’s growing infrastructure and logistics industries.

Key to unlocking the area’s growth will be the unveiling of the Elizabeth (Crossrail) Line at Custom House. Trains will halve journey times across the capital, delivering passengers to Canary Wharf in 3 mins or Liverpool Street in just 10. Alongside this comes the new Asian Business Park which offers job opportunities alongside high-end retail outlets. 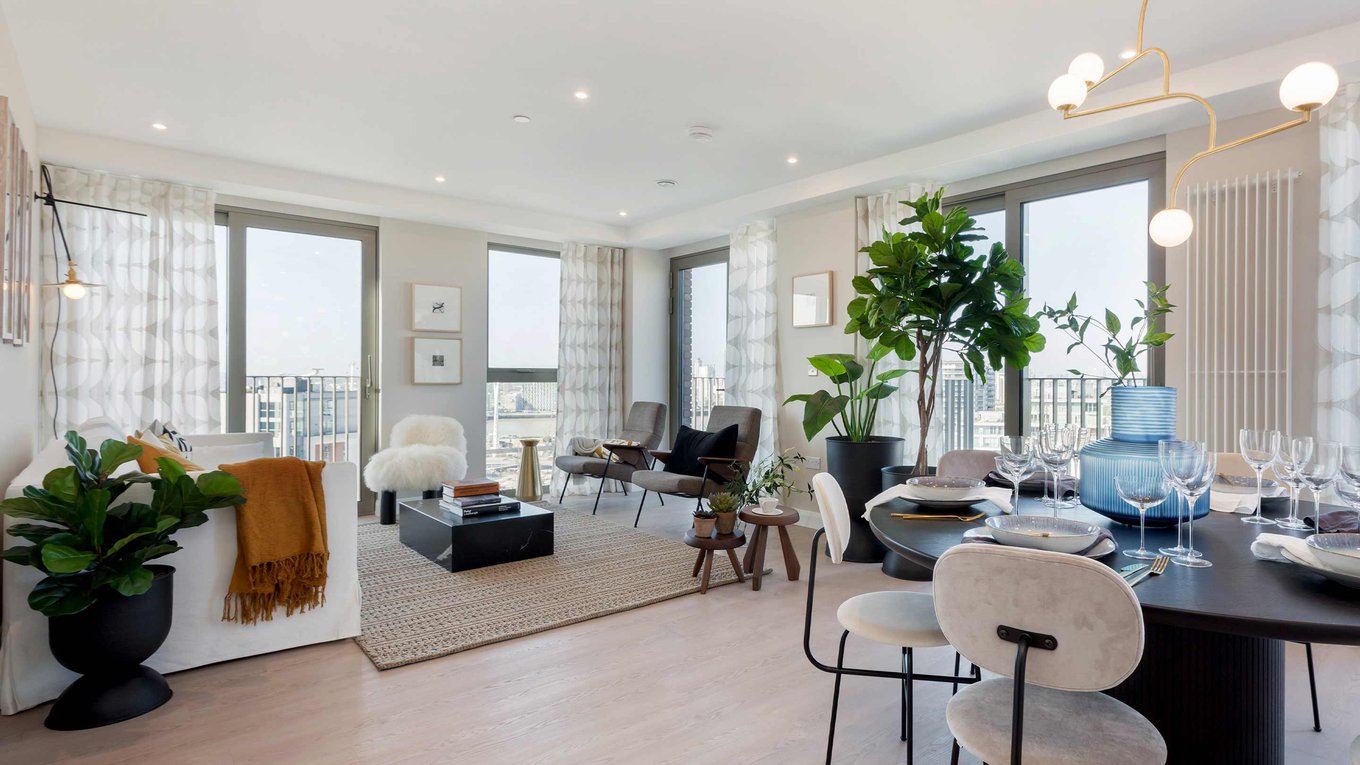 A home in the Royal Docks: The collection of 854 homes at Royal Eden Docks (just a few minutes’ walk from Custom House station) are part of six new developments in and around the Royal Docks. This considerable injection of investment brings in its wake exciting and far-reaching improvements to public spaces, parks, walking and cycling routes, a wider selection of shops and restaurants alongside more schools and services to look after the growing residential community at the Royal Docks.