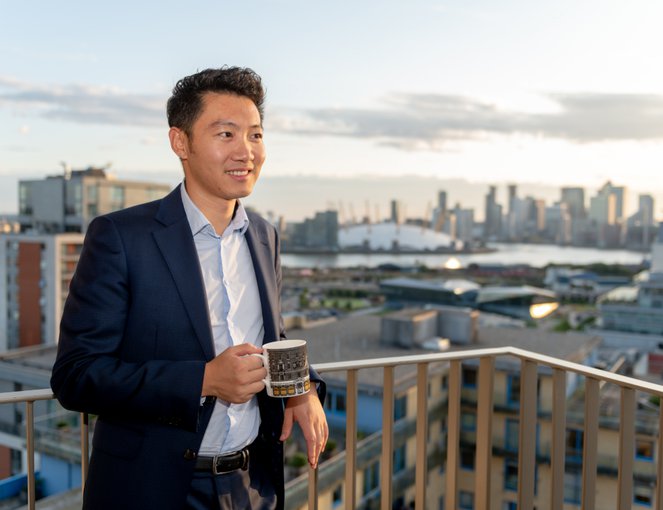 From buying to selling - How our customer turned into our colleague

It’s not unusual for employees of developers to buy a home at one of their schemes. What is unusual, however, is to purchase a home and go on to work for the developer. A story so unusual, it caught the attention of the Metro’s Andrea Dean this week. Read more below.

Leo Ping purchased his first home – a two-bedroom, 16th floor apartment – at our Royal Docks West development in London’s Royal Docks, after four years of renting in Oval. Having seen other friends recently take that step, he decided it was time for him to do the same.

Leo tells the Metro how he found his dream home and started his career with Mount Anvil.

“I was working in luxury fashion at the time – so design and aesthetics were important to me. Some developments are quite uniform and lack the design flair that I’m drawn to, while others simply don’t have a great view, which was important for me to have.

“Without a doubt, making a good investment with my first property was important too, and Royal Docks West certainly has the makings for that long term. Being in an area of regeneration, and benefiting from the investment across the docklands, there is an increasing demand for good quality homes here – not that I am thinking about selling it, having just moved in!”

Little did Leo know that his search for a new home, would soon mean a new career too. So how did the fashion connoisseur find himself working for us?

Leo continues: “Not too long after moving in I decided to look for my next move in my career, and the role at Mount Anvil came up. I felt like I’d gotten to know the company well and I believed in them and what they stood for. I’d also had a great experience in the buying process and felt like I could help provide that to other customers.”

Royal Docks West has now sold out. While you’ve missed your chance to live at Royal Docks West, not all is lost for your chance of dockside living. Royal Eden Docks is coming soon, bringing with it an array of amenities centered around health and wellbeing, with vast green space at its heart. If that sounds like you then register your interest here.

Read Leo’s full interview in the Metro to find out more about living in the Royal Docks.