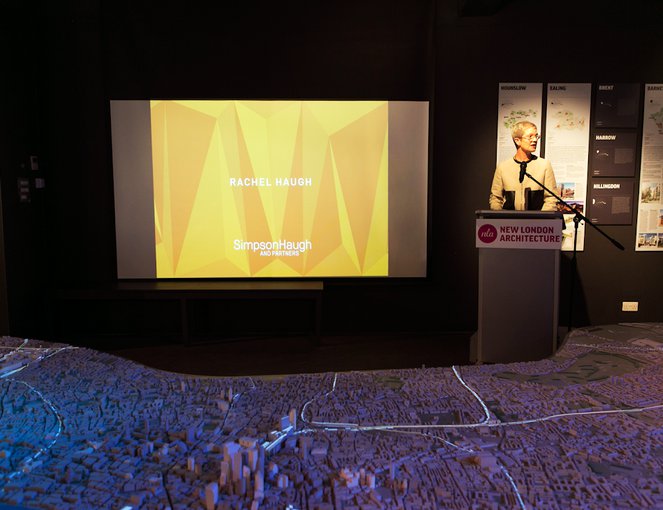 In association with New London Architecture (NLA), the renowned forum for discussion around London's built environment, we are delighted to announce a new partnership which will see Mount Anvil as the principal sponsor of the 'Inspiring Women' series of events.

NLA is committed to engaging and raising the profile of women in the industry across all aspects of their programme. The 'Inspiring Women' events series, which started in late 2015, continues this vital push to celebrate the achievements of women in London's built environment, and to inspire more women to engage and excel in this historically male-dominated field.

As Programme Champion of the 'Inspiring Women' series, Mount Anvil will be working closely with NLA to develop and deliver dynamic, engaging networking events, mentoring sessions and online content for women working across the industry.

Nicola Bale, Senior Planning Manager at Mount Anvil, said "As principal supporter we are very excited to be working with the NLA to create an engaging and inspiring programme of events which recognise the accomplishments and the potential of women in the built environment industry.”

Catherine Staniland, Deputy Director at NLA, added "NLA’s ‘Inspiring Women’ programme is a core part of the NLA agenda, seeking to support women working across all sectors of London’s built environment, and raise the profile of women in the industry. Through regular networking events, talks, roundtables and mentoring sessions, we aim to provide inspiration and advice to women at all stages of their career. Our ‘Inspiring Women’ programme is supported by leading businesses committed to raising the bar for London’s built environment industry, and we are proud that Mount Anvil are Programme Champions of this vital and timely initiative, providing their insights and expertise.”

Building on our common interest in contributing to the health, buoyancy and quality of London's built environment, we look forward to the development of a mutually beneficial relationship with NLA, and further opportunities for knowledge-sharing as the programme progresses.

The most recent events in the 'Inspiring Women' series were held at the Building Centre, WC1E. In July, Rachel Haugh, Senior Partner at SimpsonHaugh and Partners, shared her wealth of experience as the founder of a leading architecture practice based in London and Manchester. This following event was held in November, when Michele Dix, Managing Director of Crossrail 2, shared her insight and expertise from a distinguished career in the built environment industry.

Throughout 2017, the programme will feature a wide variety of speakers chosen from across NLA’s membership and beyond. To find out more about the 2017 ‘Inspiring Women’ series and the NLA’s programme of events, contact Lauren Hopkins.

A truly owner-managed business, 70% of its 175 people are shareholders in the company.

Taking a design-led approach, Mount Anvil creates high-quality homes in Central London boroughs including: Lambeth, Hammersmith & Fulham, Islington, Hackney, Wandsworth, and Camden.
In 2015, Mount Anvil was named Developer of the Year (up to 1,000 homes) at the Property Week RESI Awards for the third consecutive year.

In 2016 Mount Anvil was awarded a Highly Commended for ‘Best London Development’ at the 2016 Evening Standard New Homes Awards for The Eagle, preceded in 2015 by a win for ‘Best London Home’ for The Penthouse Collection at The Filaments.

In 2016, for the third year running, Mount Anvil was recognised by the British Safety Council as the UK’s number one company for health and safety across all sectors, awarded a 5 star rating and an unprecedented audit score of 99.97%. Mount Anvil was also awarded the Sword of Honour by the British Safety Council in recognition of health and safety excellence in 2014, and two Swords of Honour in 2015.

Mount Anvil has been named as one of the Sunday Times 100 Best Small Companies to Work For in each of the last ten years (2007 - 2016) – a stand-out industry achievement.
To find out more about our us, visit our dedicated page online.

New London Architecture (NLA) is an independent, member-supported forum for discussion, debate and information about London's built environment. It is funded wholly by membership fees, ticket sales for paid events, and sponsorship arrangements including the new Mount Anvil partnership.

NLA has established itself over the last decade as a leading commentator in the capital, as well as a broker between all those involved in planning and designing the future of London. It provides an informative, engaging and carefully curated programme of events that provide comprehensive coverage of the issues affecting London's changing physical environment.

Its conferences, talks, exhibitions and publications engage over 200,000 people a year, and are focused around its core mission of bringing people together to shape a better city.

Membership is open to organisations across both the private and public sectors with an interest in promoting and influencing positive change in London's built environment. NLA membership currently stands at more than 460 sector-leading organisations, and includes private developers, architects, engineers, public bodies and policy-makers.