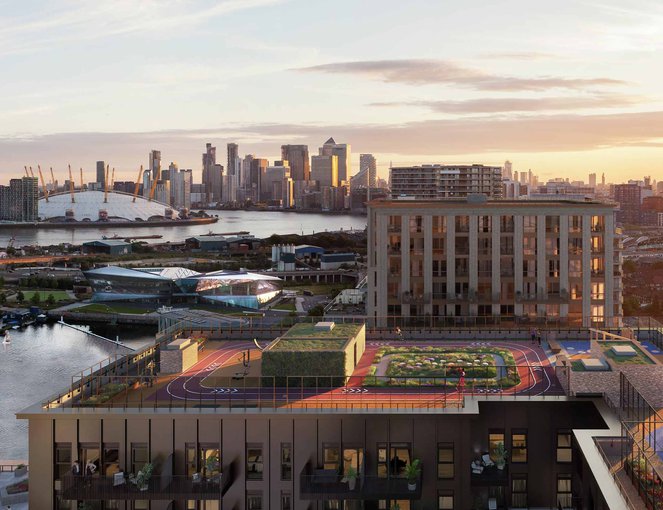 Developer Mount Anvil and their partner ExCeL London have launched The Ellipse at their Royal Eden Docks scheme, located in E16. Read more below...

The 15-storey building provides 117 apartments, each with balcony or terrace access, and is the only building at Royal Eden Docks which provides residents with direct access to the 17 amenities focussed on easy living. Furthermore, homeowners benefit from reaching water views to the south and views of the central landscaped garden to the east. Prices at The Ellipse start from £410,750; for a studio apartment, £438,750 for a one-bedroom apartment, and £605,000 fora two-bedroom apartment.

Residents living at The Ellipse will have direct access to the 17 amenities. These amenities include a flexible workspace, a facility which is highly sought after as home-working is set to continue. As well as this, there’s a rooftop running track, cinema room, yoga studio, spin studio, gym, sauna, steam room, 20m swimming pool, 24-hour concierge and entertainment space. From The Ellipse, residents will be able to access all these amenities, and others, without having to leave the building.

The low density site, also has an abundance of outdoor space, both at the centre of the scheme and the rooftops. In a Knight Frank’s buyer survey 2020, it found 66% of respondents said a garden or outside space was important with 61% said they were more likely to work from home – making Royal Eden Docks a future-trend ready scheme.

Jon Hall, Group Sales Director at Mount Anvil, commented: “The Royal Docks is transforming, the Mayor’s imminent arrival will mark a new era for the area, shaking off its industrial heritage into a thriving, creative and tech-enabled community. It is in London’s only local enterprise zone, which is benefitting from £8bn worth of investment, endorsed by both London and Newham’s Mayors’. The pandemic has altered how we see home, and the 15-minute neighbourhood is an increased ideal for many. Residents at The Ellipse will have spaces for work, leisure and play on the doorstep – who else gets to go for wild swimming in The Thames after a day at work.”

In the last decade prices have leapt up 88% (according to ONS), yet remain 35% below the average for London suggesting room for further growth (Knight Frank, Focus on Newham 2020). With the imminent arrival of the Mayor of London, Sadiq Khan, it is predicted that E16 will have the same investment trajectory as SE1.

Jon adds; “The Ellipse is home to huge range of amenities without having to even step outside. From gym, rooftop running track, cinema room and flexible working facilities. Not only does Royal Eden Docks offer an incredible lifestyle, but it also enjoys upward investment growth.” 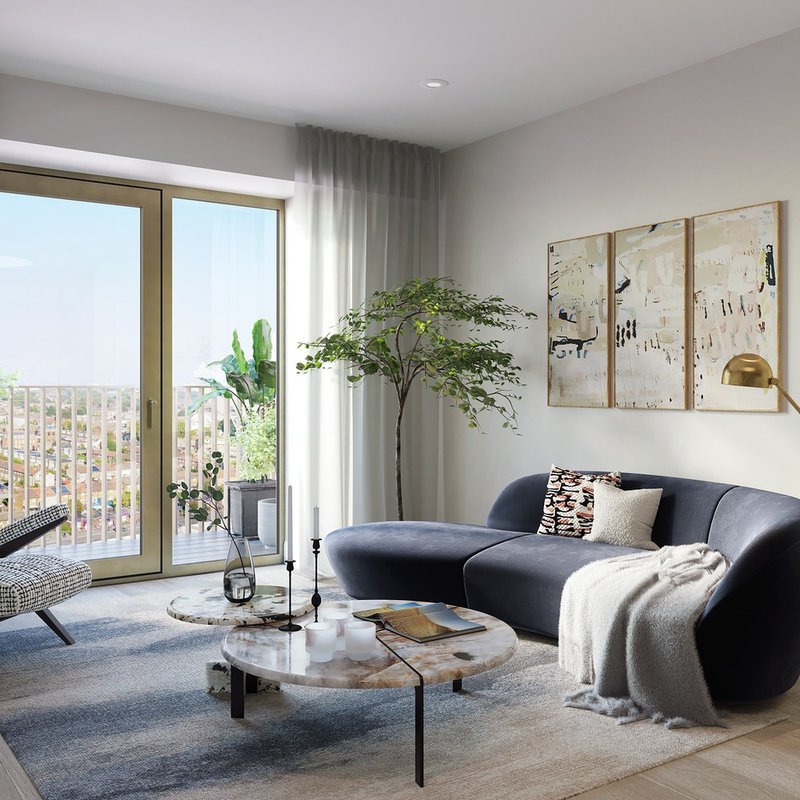 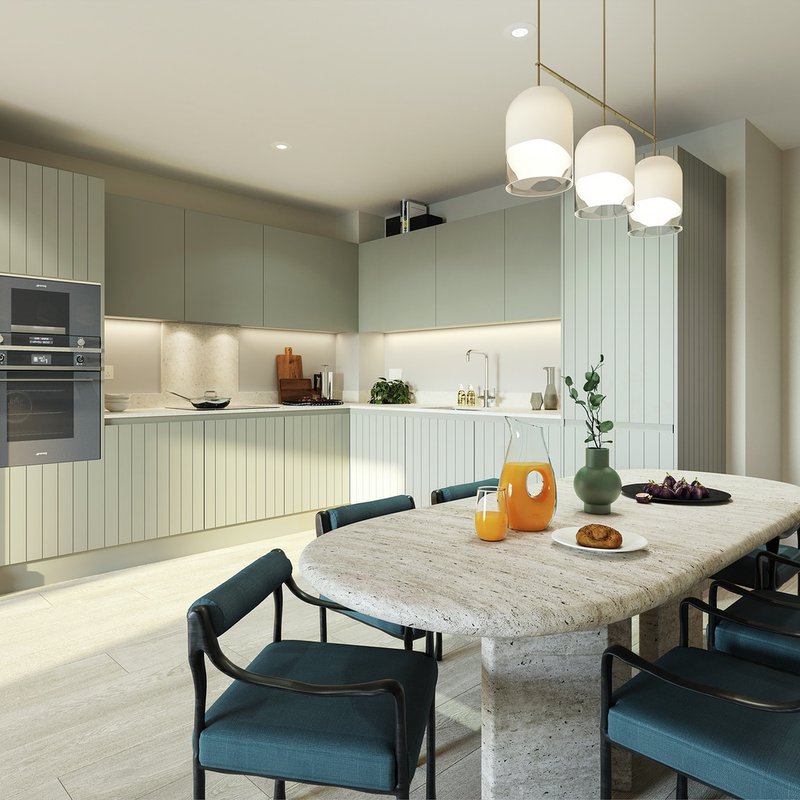 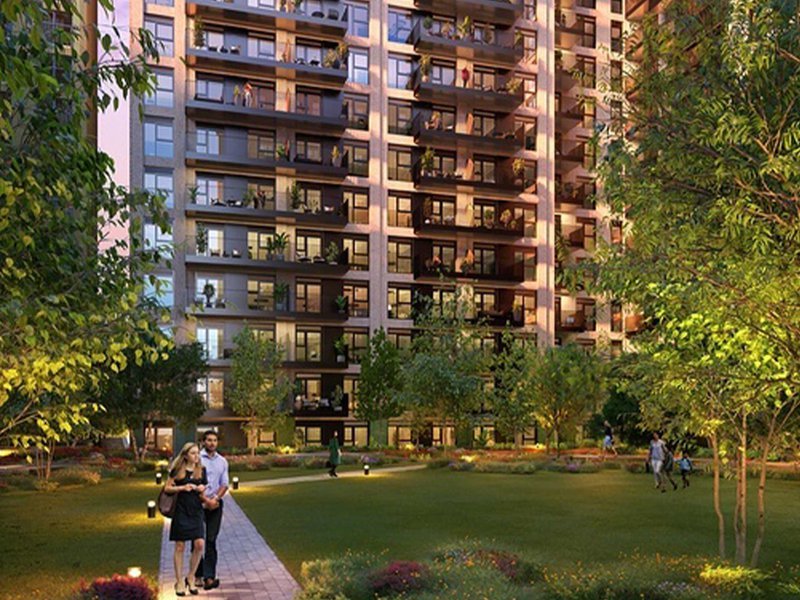 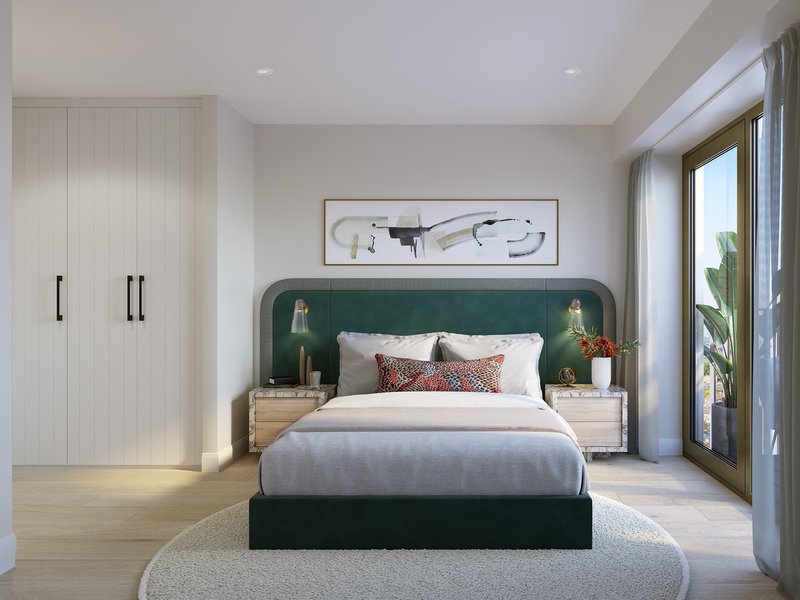 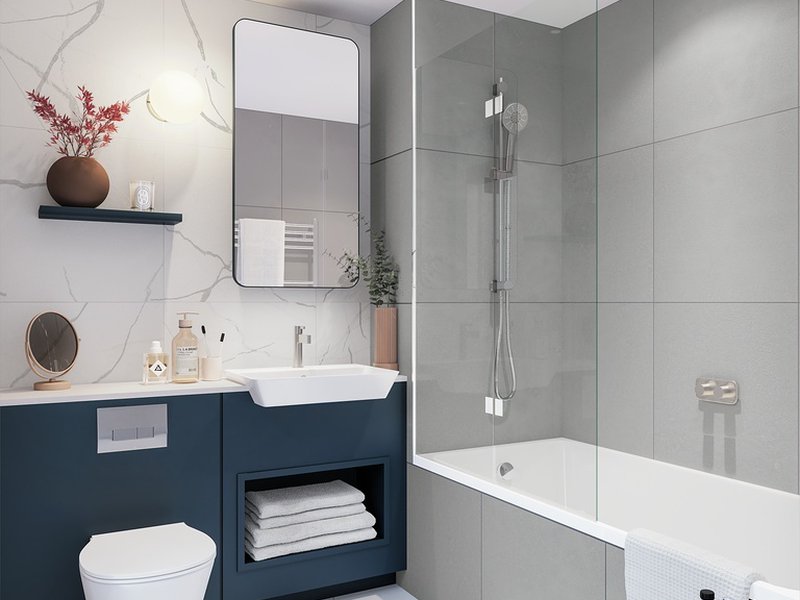 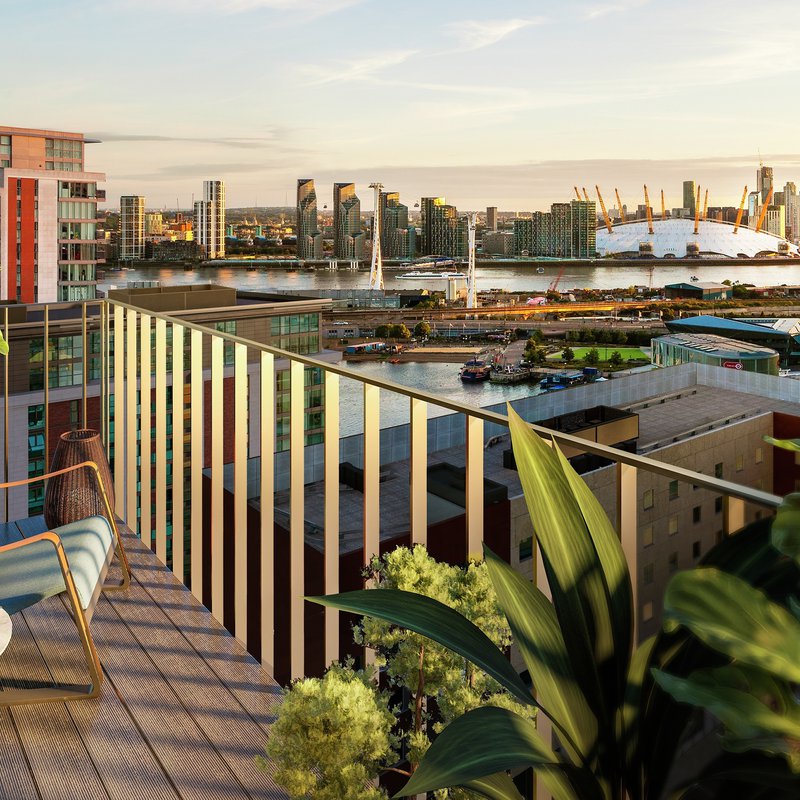 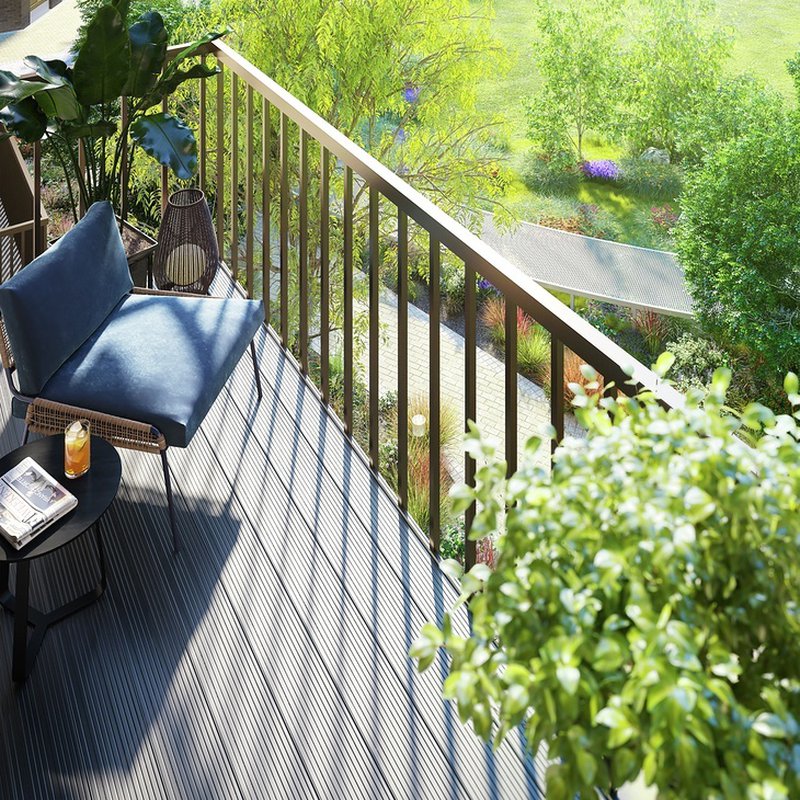 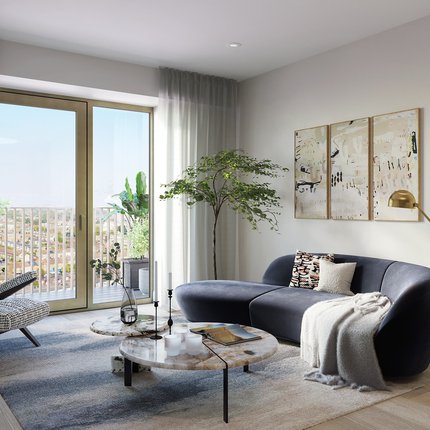 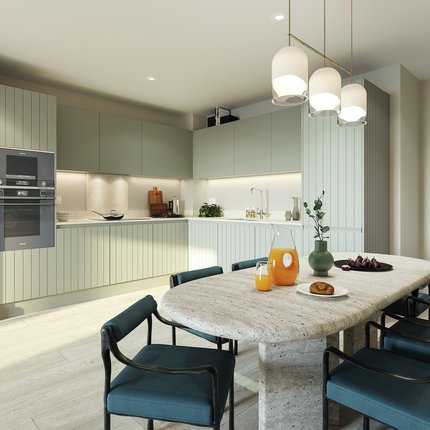 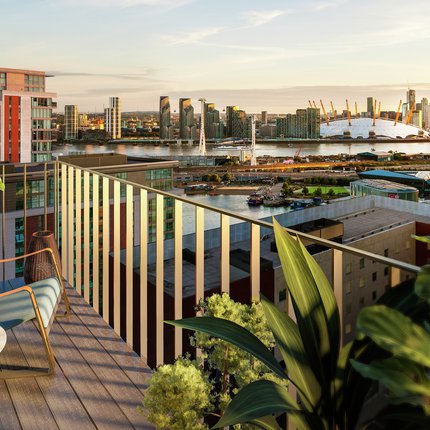 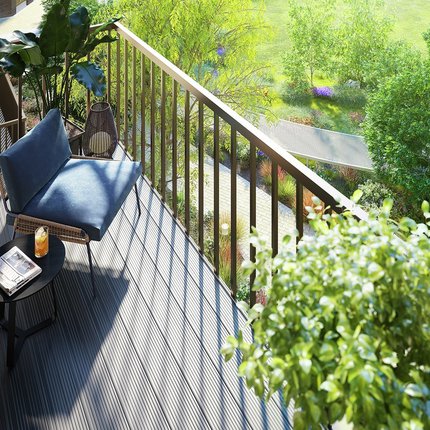 “The way we live and work has changed in light of the pandemic. Having a range of amenities on your doorstep is more important than ever, making Royal Eden Docks an ideal home as it offers a diverse range of best in class amenities, from spa facilities to flexible working solutions and meeting rooms” says Will Castle, Associate Director at CBRE, “Mount Anvil have been forward thinking in both their design and approach to modern living in the Royal Docks. It is a stand-out scheme which is well connected, further aided by Crossrail which opens up the City and West End.”

The Ellipse is located moments from the shops and amenities of the Royal Docks. Residents will benefit from the future Crossrail station – Custom House is 3-minutes’ walk away, which will make it one of the most well-connected areas of London. Royal Eden Docks is located near to some of London’s most recognised schools, colleges, and universities. With London landmarks such as ExCeL London (- home of Formula E, The London Triathlon and much more), the Crystal Building (- the Mayor’s new home) and the O2 Arena moments away. Alongside this, Stratford Waterside which is a short train ride away with the Capital’s newest institutions opening including the V&A East and Saddlers Wells Theatre.

Emma Fletcher-Brewer, Head of City & East New Homes at Knight Frank, said: “Life at Royal Eden Docks takes modern London living and raises the bar. At The Ellipse, the highly anticipated latest phase to launch at RED, residents can live in the heart of a thriving ‘15-minute city’. Here, residents will be able to access everything they need – including work, home, retail and leisure – within a 15-minute walk or cycle. The natural rhythm of RED is focused on health and wellbeing, with the needs of residents at the very centre. We’re very excited to launch The Ellipse on behalf of Mount Anvil, and believe this latest phase will prove extremely popular with prospective buyers.”

Prices at The Ellipse start from £410,750. For further information on The Ellipse and Mount Anvil’s Royal Eden Docks, please visit royaledendocks.com.