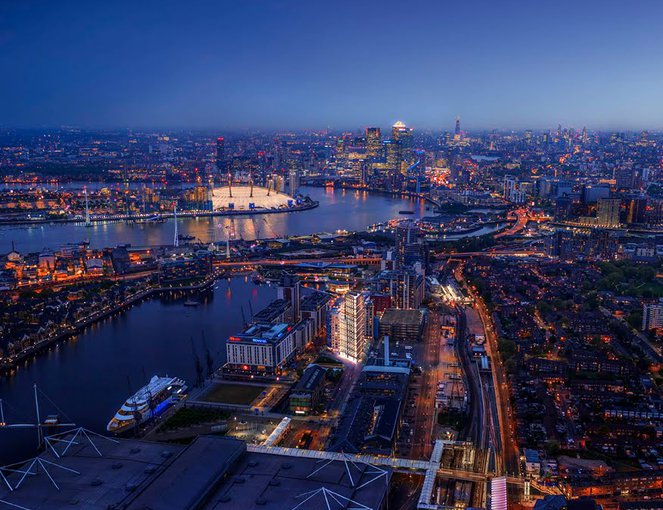 Royal Docks West is proving popular in the press, with multiple publications highlighting the design, quality of life and investment opportunities on offer.

City A.M. featured Royal Docks West in their “Hot Property” section and highlighted that the development is in a £3.7bn regeneration area. The article stressed that “A lot is happening this side of the Thames”, pointing to the planned floating village, the new business district, the arrival of Crossrail in 2018, and the arts and heritage site at Silvertown Quays.

The Times also stressed that "extensive development is set to make prices soar" and focused on the impact of Crossrail which has helped the area outperform the wider local markets by 7%. Their article focused on Custom House station, which is a few minutes walk from Royal Docks West and is one of the "two locations that stand out as areas for significant opportunity and growth".

David Fell, Research Analyst at Hamptons International additionally elaborated in the October 2017 edition of The Resident that as the new service starts getting close to reality, owner-occupier buyers have increasingly been taking the place of investors. ‘The effect of Crossrail has pushed up prices and attracted investment into areas along the route,' he adds.

The Evening Standard presented Royal Docks West in their article “The good life in Docklands”, which focused on the quality of life on offer in the area. The piece stressed that “Sporty buyers are loving Docklands”, thanks to the new beaches, pontoons, heated outdoor pools and the sailing, windsurfing and canoeing opportunities available.

In a separate article the Evening Standard also praised the "win-win" position of the development, which benefits from everything that waterside living has to offer, as well as from a close proximity to Crossrail and City Airport.

The Wharf focused on the design and architecture of Royal Docks West, highlighting that all apartments have balconies with views either over the water or towards Canary Wharf and the City. The article praised the bedrooms which offer “full height windows, plush carpeting and fitted wardrobes”, as well as the kitchens which boast “Smeg integrated appliances as well as composite stone worktops, with satin chrome ironmongery and timber effect luxury Amtico flooring.”

The Wharf also highlighted that “China is pumping significant money into its ABP project, stated to become London’s third financial centre in addition to Canary Wharf and the City”.

The numbers speak for themselves as seen on RightMove in September 2017 according to which most of the sales in Newham over the past year were flats which on average sold for £381,312. Terraced properties had an average sold price of £433,399 and semi-detached properties averaged at £417,803. In the past year house prices in Newham were 13% up on the year before and 47% up on 2014 when they averaged at £270,028.

The overall change is staggering as described by the Evening Standard, "As house prices move inexorably upwards, Zone 3 has become the new Zone 2, beloved of first-time buyers because of its easy commutes to central London and its — moderately — affordable prices."

With so much going for Royal Docks West, it is no surprise that 41% of the properties are now sold. Based in the heart of the Docklands’ on-going regeneration, the development is three minutes from Crossrail, steps from the water, and built to last. There are a limited number of homes remaining, ranging in size from studios to three bedroom apartments, offering quality design that is both timeless and rich in personality and detail. Download the Royal Docks West Fact Sheet and register your interest today.