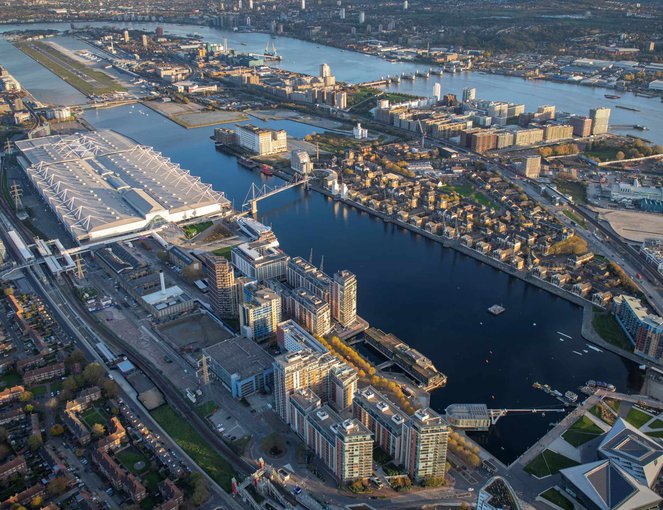 London, unlike many other world cities, was never planned. While Baron Hausmann spent 17 years rebuilding streets of Paris in the mid 19th century and Manhattan’s so-called “gridiron” layout took four years to design, this city, with the exception the rebuild following the Great Fire of 1666, grew organically. Read more below.

Until industrialisation began in the early 19th century, London was tiny by today’s standards: it stretched from Park Lane in the west to Spitalfields in the east, Marylebone Road was its northern boundary and Southwark its southern. The surrounding area, from Camden to Clapham, was largely made up of farmland, meadows, orchards and, in the case of the Royal Docks, marshland.

As the city grew, and grew rapidly, it swallowed up towns and villages. There are visible remnants of this historic settlements including village greens, pretty high streets, active churches and thriving communities. But it’s patchy. While some areas of the capital have grown horizontally, others are reaching for sky.

With more and more people working from home, urban planners are asking what is the ideal solution to encourage or re-create thriving local communities? Many believe it lies in the ten-minute or “walkable” neighbourhood.

What is a ten-minute neighbourhood?
It’s about encouraging a hyper local economy. At its heart is that within a ten (or some argue) 15-minute walking or public transport radius, residents should be able to find everything they need in terms of work, shopping, education, healthcare, community facilities, sport and recreation. If this can be provided within pedestrian or cycle-friendly streets, even better.

The benefits aren’t just about convenience but also building a community and a connection to a place—something that’s often lost among those with lengthy commutes. Studies made of ten-minute neighbourhoods have found that people are likely to socialise on the street more, support local businesses and enjoy local parks. And there’s the environmental impact too of less car use.

It’s not a concept unique to London: Shanghai, Paris and Melbourne, among many others, are using it as a blueprint to shape their future. Now they seem more important than ever. Even before the pandemic, many high streets were facing several challenges with the impact of online shopping. Experience this year has highlighted the need for neighbourhoods with a diverse range of local businesses and services, as well as increased space for pedestrians.

Employment: As part of the £8bn investment programme into the area, seven million sq ft of commercial space is being created generating 35,000 new jobs. More opportunities are opening up at Royal Albert Dock, London’s newest international business district which is already attracting tech companies and start-ups. The story continues. With institutions such as London City Hall moving in, favourable rents are attracting a growing pool of creatives and entrepreneurs basing themselves in Silvertown’s affordable workspaces and cultural centres.

Recreation and sport: Outdoors, we have 5,000 sq m (equivalent to 20 tennis courts) of landscaped gardens with spaces for yoga, stretching and other exercises as well as a rooftop running track and reflexology walkway. For watersports fans, there are 12 miles of waterfront including open-water swimming and London’s only wakeboard and paddle board centre. In addition, residents have access to a 20m swimming pool, sauna and steam room, gym, spin and yoga studios.

Shopping: There are several shops, cafes and small supermarkets on the doorstep while the Icon Outlet at the 02 is just 19 minutes by Emirates Air Line and has over 60 fashion and lifestyle brands.

Education: University of East London, with its state-of-the-art sports facilities is a 14-minute journey, while University College London is just over 20 minutes by train. The London College of Fashion is scheduled to open at Stratford Waterfront in 2022.

Festivals & entertainment: Now in its second year, Join the Docks is a three-month celebration of culture and creativity with pop-up theatres, art installations, talks and gigs at venues in and around the Royal Docks. Planning is also in place to open a new 1,500-seat performance centre at Royal Albert Dock. Meanwhile the award-winning ExCeL London venue hosts a broad range of events, conferences and exhibitions throughout the year—and that’s not forgetting the growing number of local bars, restaurants and breweries.

East London’s cultural hub: Stratford Waterfront, set to become London’s newest tourist destination, lies a short journey north. As part of the largest cultural investment in the capital since the development of the South Bank in the 1950s, the BBC’s music studios are moving in alongside the V&A East, and a 550-seat Sadler’s Wells theatre.

There’s never been a more exciting time to buy in the Royal Docks. Find out more by visiting the Royal Eden Docks page now.

Stay up to date with all things Mount Anvil

Keep me in the loop