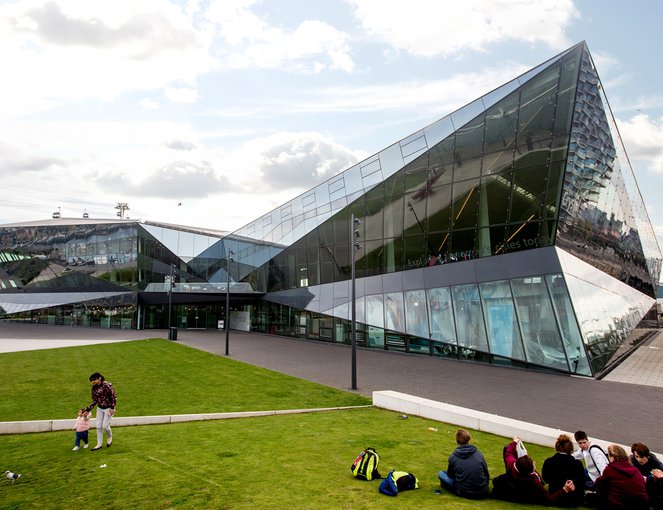 The Mayor of London, Sadiq Khan, confirms that both the Mayor and the Greater London Authority (GLA) will leave City Hall and move to new permanent headquarters in the Royal Docks in 2021.

Already at the heart of the exciting new chapter for the Royal Docks, The Crystal will be renamed ‘City Hall’ as part of the move, which has been set for late 2021. The exciting relocation will see London’s administrative heart move out east to become part of one of the city’s most significant transformation stories.

The new eco-friendly home for the Mayor’s office and the GLA sits at the centre of London’s only Enterprise Zone and is just a short walk around Royal Victoria Dock from our Royal Eden Docks development with ExCeL London. This unique, wellness-first development offers calming, spacious homes and green spaces amidst the push and pace of the Royal Docks transformation story.

Sadiq Khan sees the move to The Crystal as one that will further accelerate the development of the Royal Docks. As the Mayor said in his announcement, “The Royal Docks is an amazing place, and we have the opportunity to turbo-charge the regeneration of the area, just as the opening of [the current] City Hall did for its surroundings.”

Mount Anvil CEO Killian Hurley added “We’re delighted that the Mayor of London and the GLA are moving to the Royal Docks. We’ve a great history of working in partnership with both, and having City Hall located in the Royal Docks will strengthen the area’s fast-developing reputation as an economic centre to rival Canary Wharf or the City.”

Thanks to a £314 million investment package, approved by the Mayor, the Royal Docks is establishing itself as a major commercial, cultural and residential centre for east London. The resurgence is predicted to inspire a further £8bn of investment, 25,000 new homes and 60,000 new jobs over the next 20 years. The area is also on the receiving end of a major transport upgrade, with the opening of the Elizabeth Line (Crossrail) at Custom House in 2022, and the creation of a new international business powerhouse, Royal Albert Dock.

In addition to the benefits the Royal Docks investment will bring, residents at our Royal Eden Docks development will have access to their own 24-hour concierge, swimming pool, sauna and steam room, spin and yoga studios, a gym and treatment room. The rooftop running track is the real headline-grabber though, offering panoramic views over the Royal Docks and the city beyond.

There’s never been a more exciting time to buy in the Royal Docks. Find out more by visiting the Royal Eden Docks page now.