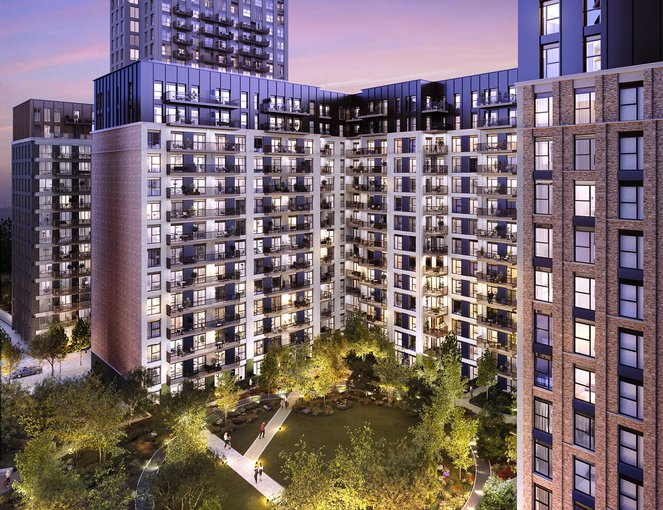 We’ve been shortlisted for the Building London Planning Awards (twice)

More great news for Mount Anvil this week, as two of our developments have been shortlisted for 2020’s Building London Planning Awards. These awards celebrate the very best of planning and development in London, and are judged by some of the most experienced heads in the business. Read more below. Read more below.

The Building London Planning Awards, now in its 17th year, celebrates outstanding town planning and development in London, and showcases the talent working across the sector.

The awards are judged by an expert panel of representatives from the Greater London Authority, London Councils, the Planning Officers Society and the Royal Town Planning Institute. Just eight awards are up for grabs.

The winners will be named at an event in January, but the shortlist has just been announced – and we we're over the moon to hear that two Mount Anvil developments have made the cut.

Hampstead Manor has been shortlisted for the ‘Heritage & Culture’ award, and Royal Eden Docks for the hotly contested ‘Best New Place to Live’ award.

“This year’s shortlist contains an extremely high standard of entries, which once again reflects the sheer range of talent in the capital. London needs thousands more genuinely affordable homes – and it is essential they are well-designed and supported with the workspaces, amenities and transport links needed to create places in which Londoners want to live and work.”

Hampstead Manor’s commitment to preserving and enhancing the heritage of its site caught the judges’ eyes. Centred around the careful, craft-led restoration and conversion of five formerly empty listed buildings, the scheme also stood out thanks to the site team’s commitment to working closely with the local community throughout the project.

As well as extensive consultation with local residents and businesses, we developed great relationships with both the local primary school, whose pupils designed the site hoardings and attended workshops on site, and the Hampstead School of Art, where we commissioned a number of artworks for the garden’s sculpture trail.

The scheme also opened up 5000 sq. m of green space for public use, including a wildlife pond, landscaped gardens, and lawns in the shade of mature trees.

Royal Eden Docks, shortlisted for ‘Best New Place to Live’, is a headline-grabbing development at the heart of the Royal Docks transformation. This is a scheme with wellness designed in – its homes are thoughtfully laid out to create light, bright interiors, and many apartments’ private balconies and terraces offer dual-aspect views over the city and gardens.

As well as new green space covering over ¼ of the site and planted with native trees, Royal Eden Docks offers residents a wealth of amenities designed for wellbeing and relaxation. Highlights include a swimming pool, sauna, gym, spin and yoga studios, treatment room, rooftop running track and reflexology walkway – alongside a concierge, cinema room and workspaces.

We couldn’t be happier to see two Mount Anvil developments make the shortlist for 2020’s Building London Planning Awards. Watch this space to find out how we get on in January.