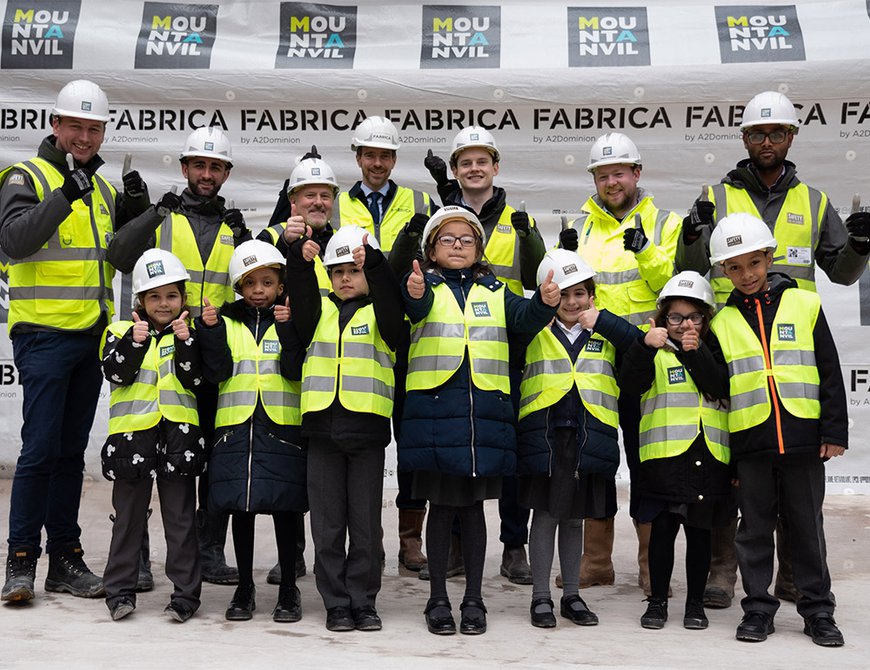 We focus on 6-8 developments. We obsess over each one.

in the pipeline for London 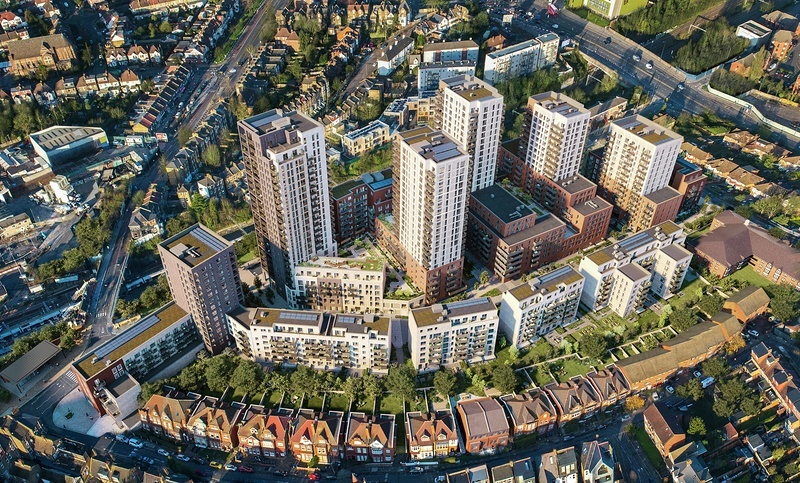 Mount Anvil’s ability to improve the viability, design, as well as creating more homes provides a win-win for the partnership and community.

Fomer CEO at Catalyst and Sage

We’ve been doing it for thirty years. London's our home, and we’re all in.

Achieving our first year of profit growth - the start of a thirty year unbroken streak (and counting).

Cecilia, chair of the Residents Steering Group, said: “We are really happy with the decision. Catalyst and Mount Anvil have ensured our views are heard and we feel they have really listened to us"

Our partners tell us we're beating the index on sales, as our three major launches are lauded as London's fastest selling.

But the jewel of our Vauxhall scheme isn't Britain's tallest residential brick tower, impressive as that is. It's the state-of-the-art new Wyvil Primary School that we're building for the community.

Our Whitechapel site received the highest possible marks across the Considerate Constructors Scheme’s five key codes of considerate practice – the first site ever to do so in 22 years of inspections.

Looking after people and partners through COVID-19

Pandemic problems and lockdown in London hits everyone hard. We close sites that can't operate safely, and ramp up again fast with good social distancing measures that attract acclaim from the CCS.

In Mind’s 2020 Workplace Wellbeing Index Awards we received the ‘number one Gold employer award’ following an annual employer and employee survey. We're the first small organisation to win it.

Start of a landmark partnership, where the GLA support Mount Anvil with a £50m loan to accelerate the delivery of quality homes.

We look to the future with a significant cash balance, a pipeline of thousands of quality homes for Londoners and the delivery of a wonderful new community at Acton's Friary Park to look forward to.

With cash available and the capacity to move, we look forward to acquiring more land and forging more partnerships that bring forward quality homes for Londoners.

We delivered Wyvil Primary school as part of our Keybridge development in Lambeth. Hear how their headmaster found working with us:

Endorsements from those in the know 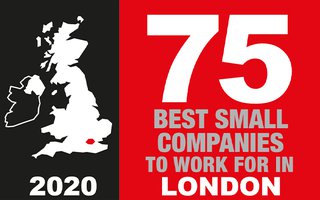 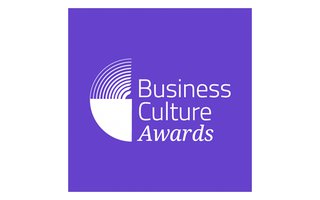 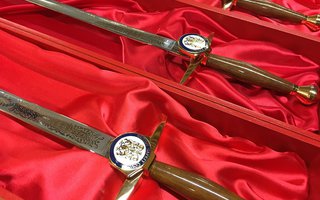 UK's #1 Company for Health and Safety 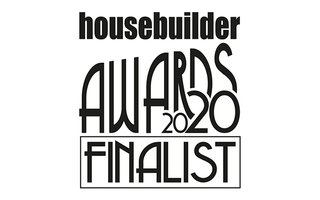 Meet a few of our senior team

All unusually hands-on.
Unusually, all shareholders.
We're an established team who aren't spread across dozens of projects - we obsess over a handful of major schemes, and deliver quality. 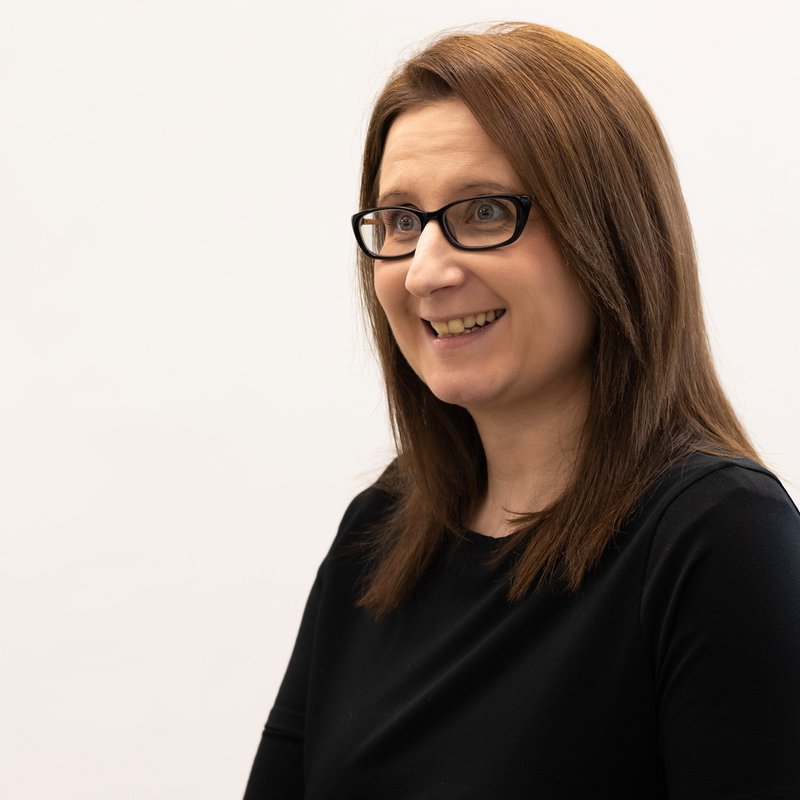 Emma’s responsible for setting and analysing our construction budgets and spending patterns to make sure our homes are built to last, not built on the cheap. Over the years she’s learnt to make herself and her data impossible to ignore. She’s been recognised in the industry for her passion for seeing the end of tokenism - in fact, one of her favourite subjects is what can be done to make construction and development visible and attractive to everyone. 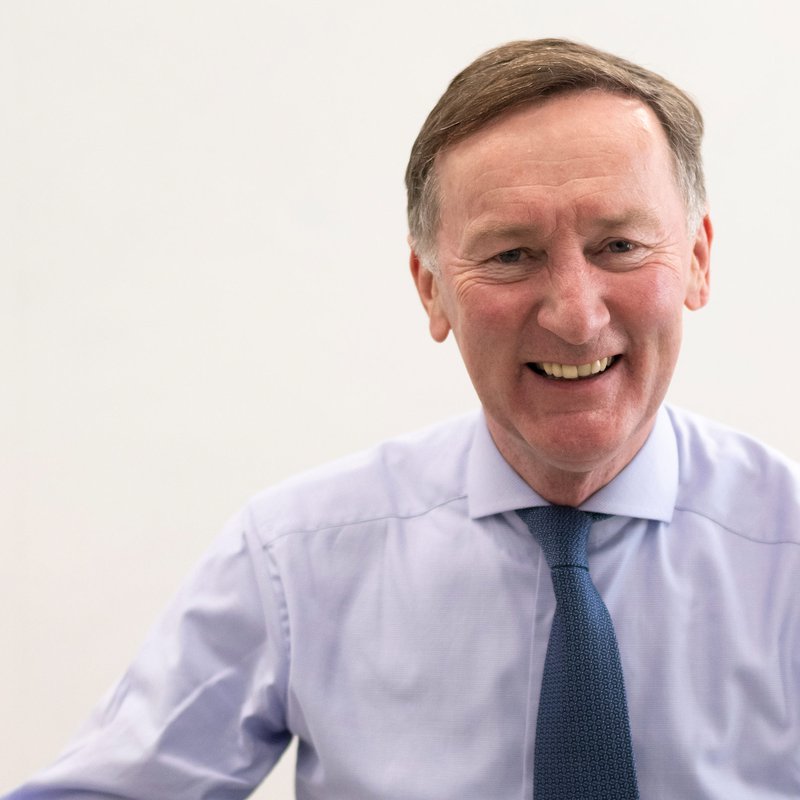 Killian co-founded Mount Anvil in 1991. He’s part of the fabric of development in London and the reason we’re all-in in this great city, as well as having been described as “always the most quotable on a panel”.  He’s on Munster Rugby’s commercial advisory board and will brave a sea swim at temperatures that others baulk at. 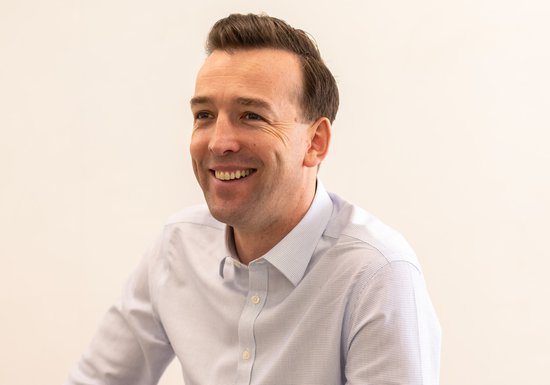 Luke is responsible for leading our in-house building teams. He brought to us a decade of Berkeley Homes experience, his RICS-Chartered status and an obsession for making things work better.  Since then his drive has helped us win rave reviews for our partners for the timeliness, value and quality of the homes and places we create (and he’s become the undisputed top draft pick in Mount Anvil netball games). 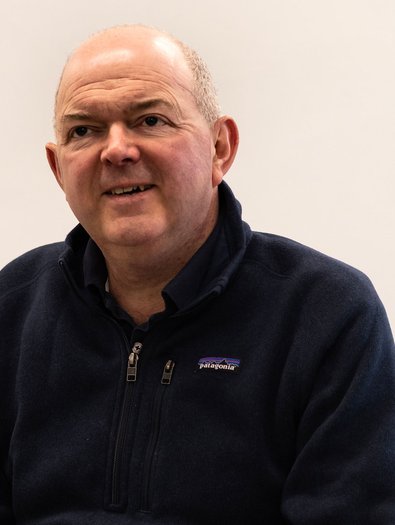 Ewan‘s decades of experience at PLC firms like Miller Homes give our joint venture partners great confidence as he handles the trickiest of transactions with diligence and good humour. He has long-held relationships with banks that help them to lend to us even when they doubt others, and when he’s not leading our finance department he’ll be found by the side of a stream in his native Scotland. 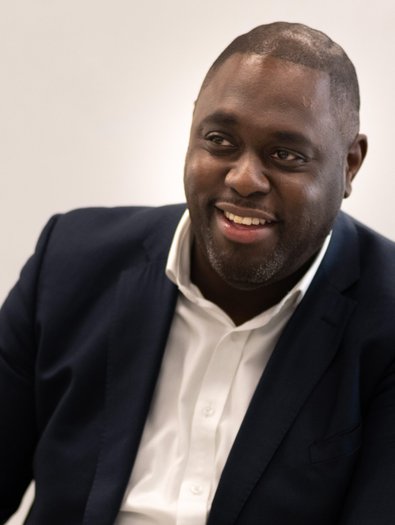 Nyron’s a Project Director who’s been creating outstanding places in London for 11 years. It takes him an extra long time to walk down South Lambeth Road (near our Keybridge development), because of bumping into all of the local residents and business owners that he’s got to know so well on the project. 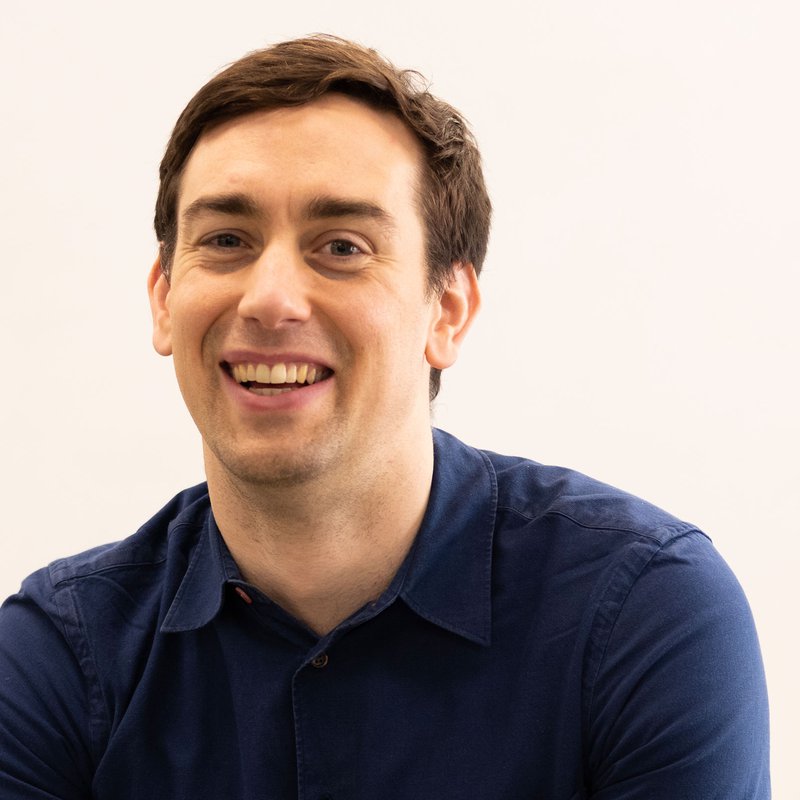 Proud dad Darragh learned the London ropes early thanks to his father Killian, and honed his skills in New York at Goldman Sachs. Now as MD he takes responsibility for making sure we have the right talent in the right positions, and a culture that unleashes people’s potential. You’ll catch him at his best when he’s fresh from doing handstand press-ups at the gym. 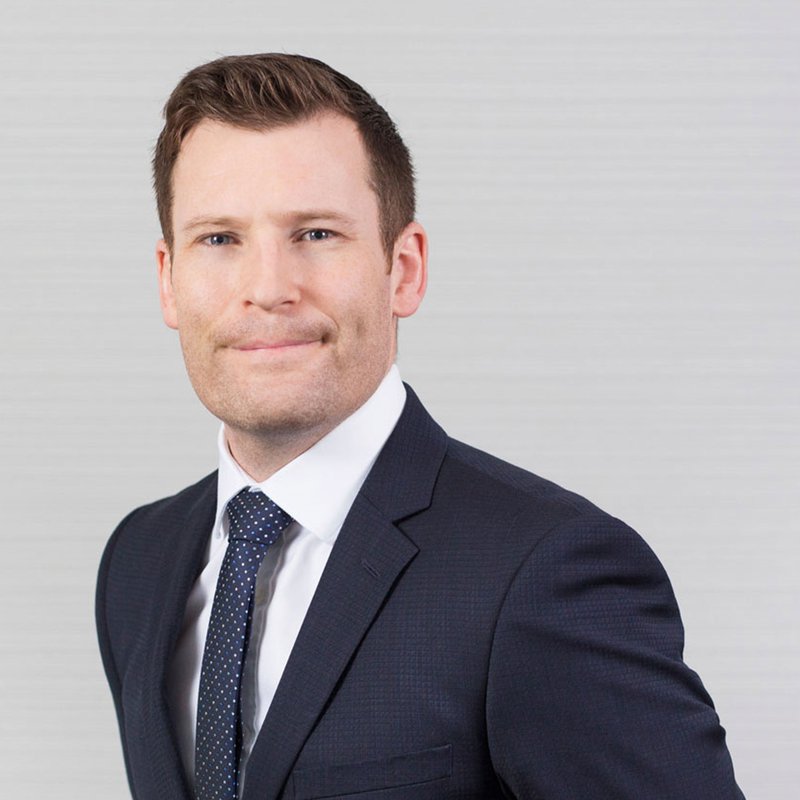 James is responsible for the technology that underpins our data-driven approach.  Construction tools that help us raise the bar on quality, a Salesforce stack that drives our index-beating sales results, and the continuous improvements to our systems and People Operations that fuel our culture.  He also brings the rigour and attention to detail of an Accenture-trained technology expert to improving his already-impressive golf swing. 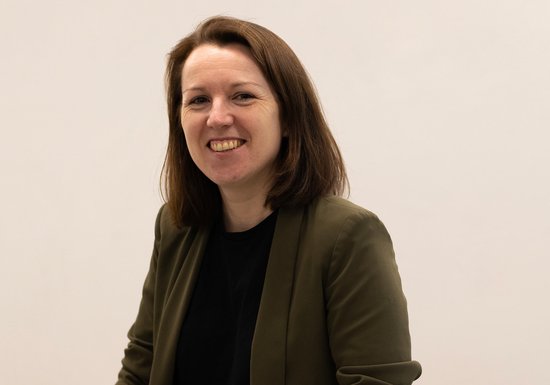 Lisa comes from leadership roles in commercial marketing and brand strategy for some of the biggest FTSE companies (BT, Vodafone), and brings rigour and creativity to how we bring our schemes to market, resulting in three of London’s biggest launches in a row.  When she’s not knee-deep in data or developing our proposition, she’s probably playing sport with rather more commitment than skill. 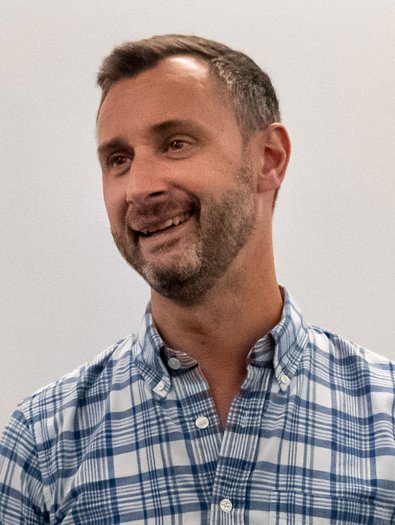 Responsible for over £1bn of London sales in his career, Jon has an industry reputation as illustrious as his results. He works with our vast trove of selling agents and drives the quality and finesse of our product, resulting in three of London’s fastest-selling schemes in a row.  He’s an all-action dad of four who can still impress the children with a wheelie on a BMX, but is more often found telling us the stats from his Peloton. 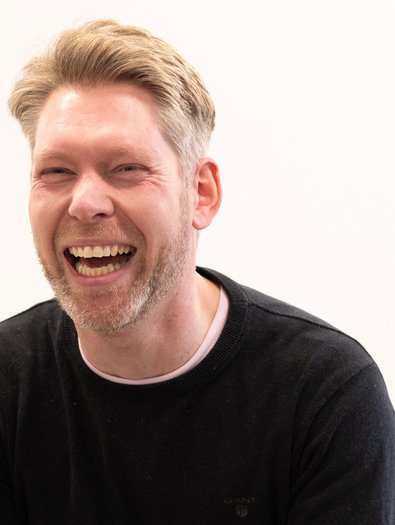 This unique role puts laser focus on our top priorities: our residents, and our partners. Marcus brings to the challenge top tier law firm experience advising local authorities, TfL, GLA, overseas investors, pension funds, lenders, housebuilders, strategic land companies, private owners of super prime properties, consortia promoting nuclear power stations....and Mount Anvil. He’s now the brains defining how we continually improve our listening to residents and our alignment with our partners. That way we can bake big cakes and share more of them around in ways that create value for communities. He’s also multilingual (but exclusively in languages that fell out of favour BC). 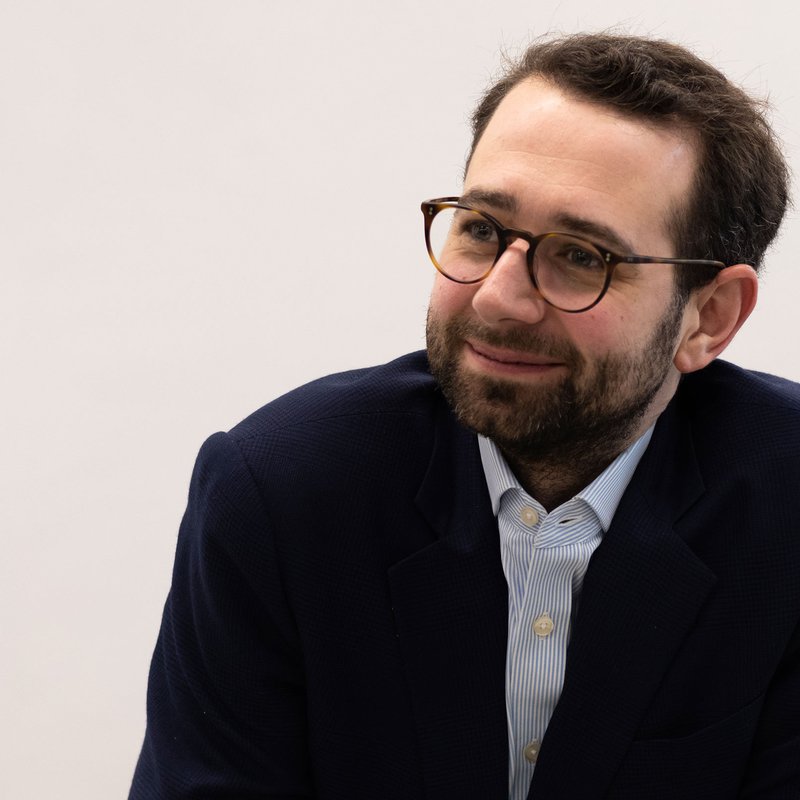 James is responsible for our land investments, helping us work out where in London we'll be creating quality homes and thriving communities next. It requires a keen knowledge of London and a nuanced understanding of Mount Anvil’s strategy and strengths. Being a 14 year MA veteran helps. He’s a well-known industry figure who invests care and attention in his relationships, and his London pride peaks when Arsenal are winning. 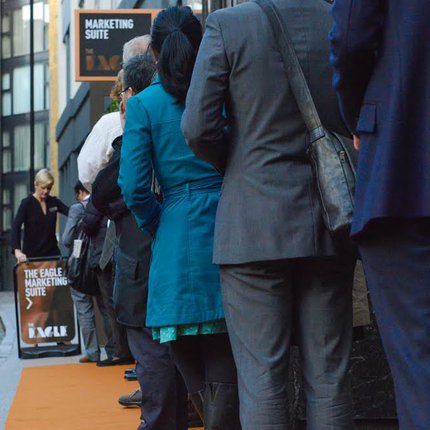 With substantial cash reserves and a one-of-its-kind £50m investment partnership with the GLA, we've got the financial firepower to keep delivering homes for Londoners. 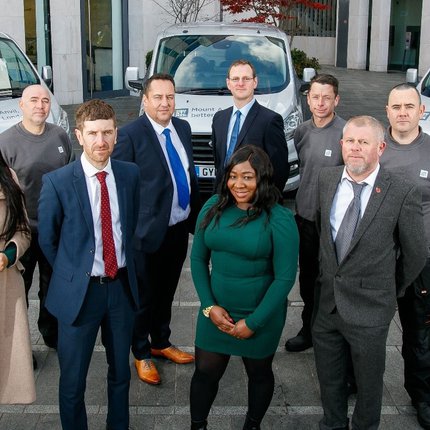 It's not the norm, and it's what sets us apart.

Read more about our culture. 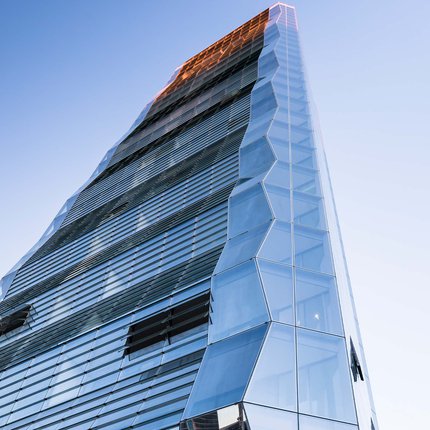 A business built on repeat partnerships

Six repeat partnerships with housing associations in the last ten years alone, testament to the quality of our places and the truly collaborative nature of our joint ventures.

Read our Annual Report for more.